Walker College of Business Professor of Economics Ji Yan has earned the latest Eckstein Prize for the best article published in the Eastern Economic Journal in a two-year period (2013-2014).

The award was presented during the 2017 Eastern Economic Association (EEA) Annual Conference in New York City, which took place Feb. 23 - 26. Yan earned the prize for his article, "The Effects of a Minimum Cigarette Purchase Age of 21 on Prenatal Smoking and Infant Health," which appeared in Volume 40, Issue 3 of the Eastern Economic Journal.

Yan is an associate professor with a specialty in health economics in Appalachian State University's Department of Economics.

The Eckstein Prize was established by the EEA in honor of Otto Eckstein, a former president of the EEA, and is awarded biennially to the article in the Eastern Economic Journal judged to be the best over that period. A $1,000 award accompanies the prize. 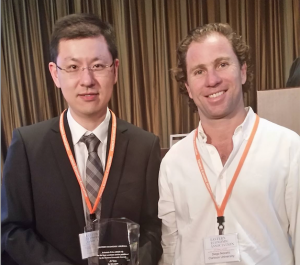 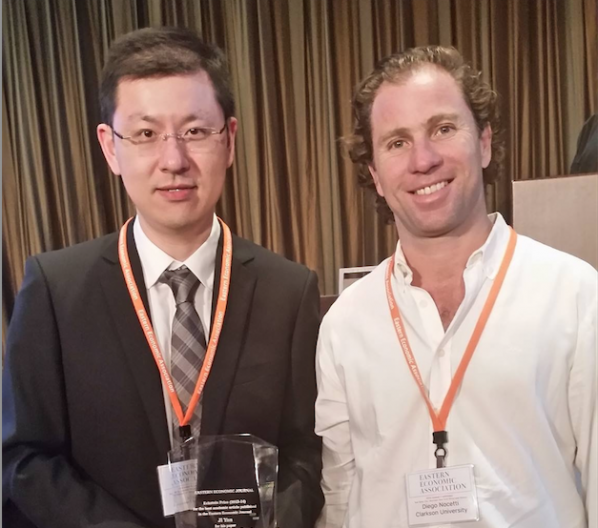